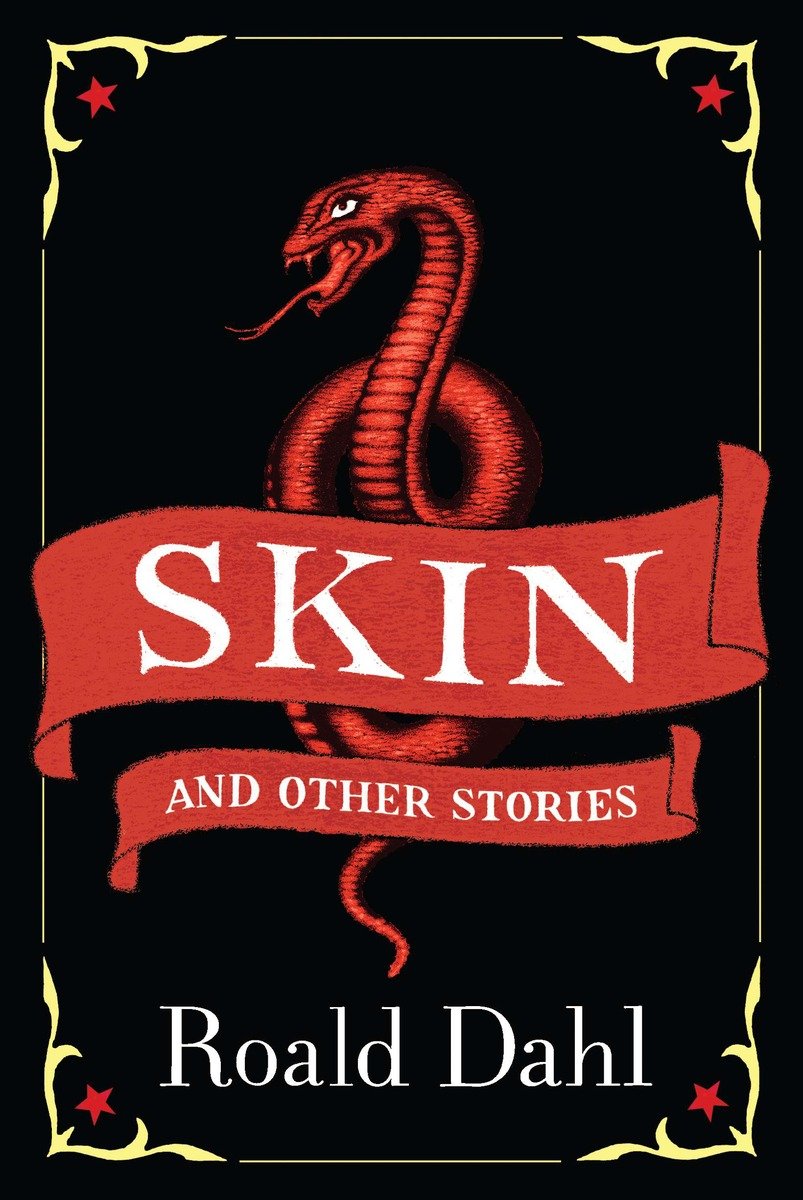 Roald Dahl is most beloved and best known for his best-selling children’s works: James and the Giant Peach, Charlie and the Chocolate Factory, Matilda, The Witches, Fantastic Mr. Fox, The BFG, The Twits and George’s Marvelous Medicine.

I did some research on his birthday (September 13) and decided to order Skin, because I had never heard of it before. It is perfect for the Halloween season, and I am really pleased with its realism. His children’s stories are, of course, a little magical, but his tales for adults are creepy in the I-Could-Actually-Imagine-This-Happening-And-Its-Super-Creepy-kind-of-way.

Skin And Other Stories is a perfect read for anyone wanting to get into the spirit of Halloween with scary stories, or anyone who wants a bit of light reading. Because it is a collection of short stories, they can be read individually (for those who like to read just a chapter before bed) or all-together in one sitting. The title hints at the element of creepy, suspenseful stories with strange twists, full of truly unexpected endings and twisted ideas that only someone with a mind of horror could conjure. I won’t give much away, but I will say you will surely be surprised by the endings!

My favorite was the first, Skin, a tale illuminating the danger of owning one-of-a-kind-artwork: everyone will want it, for themselves. Trust no one.

The collection contains Dahl’s short stories: Skin; Lamb to the Slaughter; The Sound Machine; An African Story; Galloping Foxley; The Wish; The Surgeon; Dip in the Pool; The Champion of the World; Beware of the Dog; My Lady Love, My Dove. It was first published in the May 17, 1952 issue of The New Yorker, and was later featured in the collection Skin and Other Stories, published in 2000.

Roald Dahl was born on September 13, 1916, in Llandaff, South Wales. In 1953, he published the best-selling story collection Someone Like You and married actress Patricia Neal. He published the popular book James and the Giant Peach in 1961. In 1964, he released another highly successful work, Charlie and the Chocolate Factory, which was later adapted for two films. Over his decades-long writing career, Dahl wrote 19 children’s books. He died on November 23, 1990, in Oxford, England.

One thought on “Skin, Roald Dahl”